It tells the story of two young Bahamian men who fall in love with each other, and it portrays the homophobia of the Bahamian society. The film also deals with themes of bisexuality, as a romantic drama film.

It is one of the first feature narratives from the Caribbean to address homosexuality.[citation needed] It was the opening night film of the Bahamas International Film Festival.[2] The Bahamas had banned the film Brokeback Mountain in 2006. The film made its International Premiere at the Miami International Film Festival and has premiered at over 100 film festivals around the world, winning 17 awards. Children of God was named one of the top ten films of 2010 on BET.com. 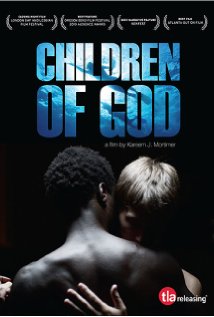