This comedy directed by Juan Flahn, focuses on the neighborhood of Chueca that is located in Madrid. Victor, an owner of a real-estate company, wants to have a monopoly over all the apartments in Chueca, in order to turn in into the Madrid version of the Castro district in San Francisco, but the apartments are owned by senior citizens that don't want to sell to him. Victor decides to take matters into his own hands and murder anyone that stands in his way. Everything is going Victor's way until Rey and Luis, a gay couple, inherit the apartment of Victor's latest victim. Victor tries to buy the apartment from Rey but he refuses to sell it because he wants his mother, Doña Antonia, to move into the apartment. Now Victor has to find a way to kill Doña Antonia while police are out looking for the murderer that's on the loose in Chueca. 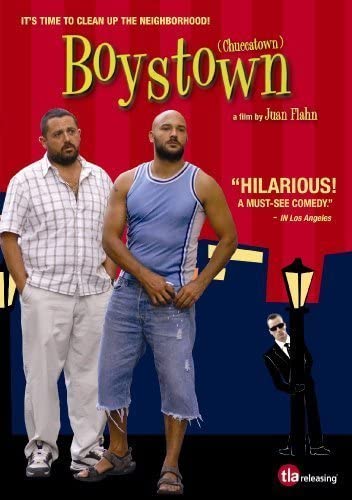