Daphne is a 2007 British biographical drama film written by Amy Jenkins and directed by Clare Beavan. The film is based on the authorised biography, Daphne du Maurier: The Secret Life of the Renowned Storyteller by Margaret Forster. It stars Geraldine Somerville, Elizabeth McGovern and Janet McTeer. It premiered on BBC Two on 12 May 2007. It was filmed on location in London, Devon and Cornwall, where Du Maurier spent much of her life and most of her works are set.

The story begins in 1945, as Daphne is being sued by an author with the claim that she has plagiarised parts of her novel Rebecca.[1] So she boards a ship and while traveling to New York for an appearance at the trial, she meets Ellen Doubleday, who is incredibly glamorous and elegant, and Daphne is instantly smitten. A close friendship develops between the two women, and once Ellen realises that Daphne has feelings for her, she informs Daphne, that while she believes everyone has the right to love without censure, she cannot return those feelings as she is heterosexual.

Frustrated by the rejection, Daphne writes a play called September Tide, about a forbidden love between a young man and his mother-in-law. She sees the mother-in-law character as being based on Ellen. But when Gertrude Lawrence, a confident bisexual actress, who is friends with Noël Coward, is cast in the role of the mother-in-law, her feelings become confused. Daphne initially thinks Gertrude is brash and slutty, but as she is increasingly drawn to her charisma, they eventually have an affair. The rest of the film is taken up with Daphne's competing feelings for the two women. She pines over the unavailable Ellen, while being cruelly dismissive to Gertrude. 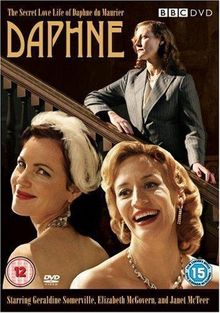