With the slogan "If you could go back... what would you say to the one you loved", Ciao (meaning both hello and goodbye in Italian) tells the story of two men who form an unlikely bond when a mutual friend named Mark (played by Charles W. Blaum) dies unexpectedly in a car crash in Dallas

Mark's best friend Jeff (Adam Neal Smith) is left with the task of going through Mark's stuff and informing relatives and friends of his death. While going through Mark's e-mails to let people know about his passing, Jeff discovers that Mark was corresponding with an Italian man named Andrea (Alessandro Calza), who had already planned a trip to fly to Dallas to visit Mark for the first time without knowing he had actually died.

Jeff invites Andrea to come to Texas anyway and stay with him for two days at his place. Ciao portrays these two days where the two bereaved friends one from Dallas and the other from Italy meet and talk mostly about Mark and the impact he had on both of them in a close, personal and frank manner. Through these intimate conversations, the two men form a rapport that grows, and they are soon drawn together both by their connection with the deceased Mark, and by a growing intimacy with each other. Andrea has to leave at the end of his 2-day stay, but invites Jeff to come to Italy for a visit at some later date. 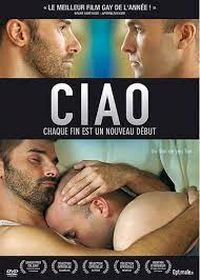